Dublin Spire – The most viewed piece of Irish art 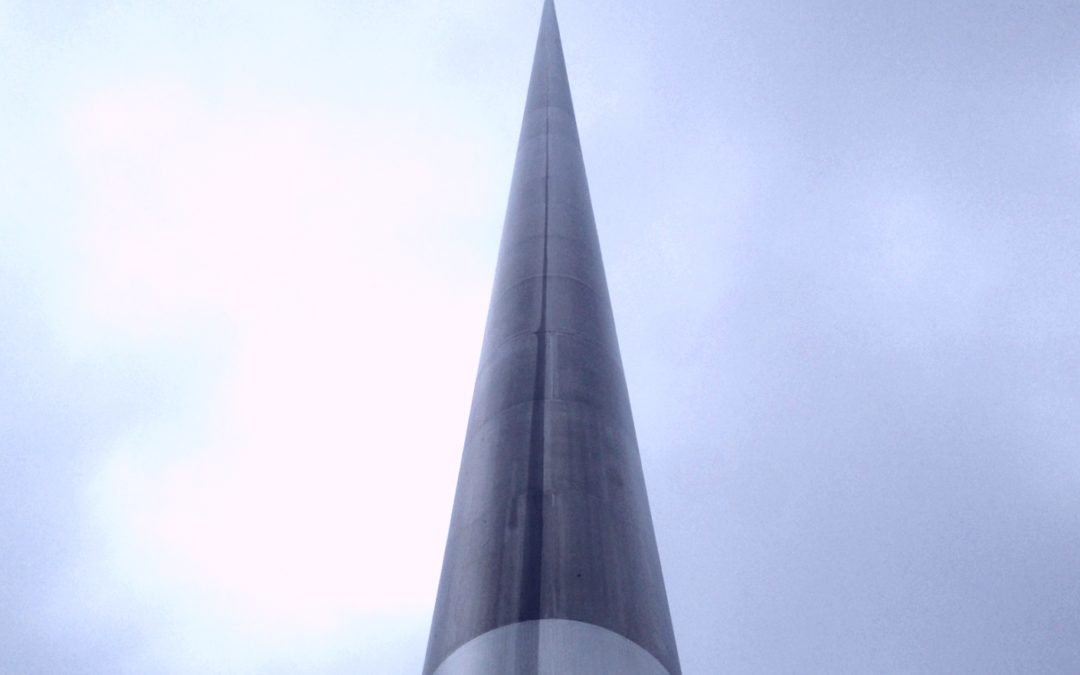 Some time ago, I was walking through O’Connell Street in Dublin and passed two tourists beneath ‘the spike’ (known officially as The Spire of Dublin, but then who gives these things their correct name?)  One was leaning back, taking photos of the famous 120m landmark while the other was trying to hurry her friend on.  ‘I don’t know what you like about that thing,’ I heard her say as I went by.  ‘It’s just a big spike!’

And she was right – it is just a big spike.  But it got me thinking about why some people love particular art objects while others are left cold or even hate them.

Take the Pritzker Pavilion in Chicago’s Millennium Park which I first saw on a visit to Chicago in 2013.  This spectacular steel structure was enough to stop me dead in my tracks as I was crossing a busy city centre street (not recommended in Chicago).  I’d never seen anything like it before.  The structure is hard to describe except that it is made of the most brilliant silver I’ve ever seen.  And it looks completely different depending on the point at which you view it.  My late brother, who was showing me around, told me how controversial the pavilion was when first revealed.  Some Chicagoans complained that it looked as if a giant had opened a tin-can and walked off.

Abstract paintings have always provoked a similar reaction – think Jackson Pollock’s drip paintings.  Or Mark Rothko’s huge canvases with just two or three slabs of colour.  These artists are now legendary figures with whole rooms dedicated to their work in the world’s top art galleries.  Yet so many people (most maybe?) feel indifferent or even irritated by this type of work.  As is their right.

Children seem to have a very open mind when it comes to abstract art.  They don’t overthink it, but appreciate the scale, the colours and how radical it all is.  And when you think of it, the natural world often resembles an abstract painting – like when you look out to sea on a clear blue day and see those big, uniform blocks of colour.

As for Dublin’s spike, it’s totally different in style and era from the other structures on Dublin’s main street, yet somehow compliments them perfectly – especially the GPO building.  Looked at from O’Connell Bridge, it draws everything together and creates a symmetry that wasn’t there before.  Its steel surface looks different depending on the ever-changing Irish skies.  And the red light at the top is a great landmark at night – a guiding light, reminding visitors where the city centre is.  This quality is reflected in the Gaelic name for the structure, An Túr Solais/Monument of Light.

Built only eighteen years ago, it was a bold move by the city council at the time.  I can’t imagine O’Connell Street without it.